George Floyd. Say his name. Now say that you will do better.

This is not a time for “domination” or deploying the military to “solve the problem”, as is the desire of a would-be tyrant. Such actions will only make the problem worse. A better way forward is the way many police around the country have knelt and prayed with protesters and exchanged hugs while offering to talk about how to truly solve the problem.

It will be a long road to remedy the racism and brutality that have led to the protests now spreading around the world after George Floyd was killed. By a police officer sworn to “Serve and Protect”. While other officers stood by and watched a man slowly die in front of them, calling out for help with his last breath.

That is not the America that has stood as a bastion of freedom in the world for more than a century.

And so, we at the Law Offices of Farhad Sethna want to add our voices to those speaking out against intolerance, brutality, hatred and discrimination, in all their despicable forms.

In 1863, Abraham Lincoln gave the timeless Gettysburg Address: “Four score and seven years ago our fathers brought forth on this continent, a new nation, conceived in Liberty, and dedicated to the proposition that all men are created equal.”

How have we strayed so far from that? Where now is our “more perfect union”?

We can do better. We MUST do better. The way a person looks, the color of their skin, the set of their features – these should never condemn anyone to unjust treatment. We are all human. We must BE human. Day by day, moment by moment, We the People can change the world. 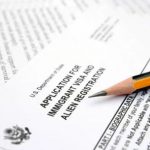 A recent talk by Professor Sethna to his immigration students at Akron University.