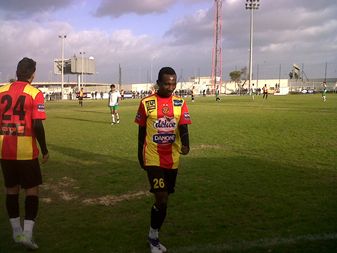 On December 6th, 2015, the Columbus Crew had the chance to capture their first MLS Cup title since 2008, and their second since the team’s inception in 1996. They faced off against the Portland Timbers in what was anticipated to be a highly competitive match in front of a rocus Columbus crowd. Although the Crew would eventually lose the match by a final score of 2-1 at home, the journey they had in that 2015 season was one of anticipation and joy. In the Conference Semifinals, the Crew defeated the Montreal Impact in a two game, aggregate score of 4-3. They would then face off against the top-seeded New York Red Bulls, and pull off the series, with an aggregate score of 2-1 in two games. Some of Columbus’ most notable players on that 2015 team included Federico Higuaín, Michael Parkhurst, Kei Kamara, and Columbus native Wil Trapp. However there is one overlooked player whose experience and knowledge have led him to become one of the more recognized players on the Crew today: Harrison Afful.

Afful was born on July 24th, 1986 in Tema, Ghana. During youth, his aspirations to become a professional soccer player were high, and he proved this with the Feyenoord Academy in the Netherlands. Afful’s extreme defensive talents led him to playing for the senior team in all four years of his time at the academy. He would score 11 goals for the team in a total of 148 appearances. From 2007-2009, Afful went out on loan to Asante Kotoko, a soccer organization based in Kumasi (located in the Ashanti Region of Ghana). In 2008, he would finally have the opportunity to represent his nation. At that year’s Africa Cup of Nations, Afful would make his first national appearance for Ghana, as they defeated Ivory Coast in the third-place playoff match by a final score of 4-2. As of November 18th, 2018 Afful has earned 78 appearances for his nation, and has since gone on to appear in numerous matches in the Africa Cup of Nations (23), FIFA World Cup Qualifiers (17), and international friendlies (11). The highlight of his international career came at the 2014 FIFA World Cup in Brazil, where he played in two matches, and secured an assist in Ghana’s 2-2 draw against the eventual champions Germany.

In terms of his career with the Crew, Afful was signed on July 30th, 2015. During Columbus’ playoff run that season, Afful started in all of their five competitions. Ever since, Afful has played in 109 total games with the Crew, and has committed to staying in Central Ohio for the foreseeable future. On October 30th, 2019, Afful signed a contract extension with Columbus. President of the team, Tim Bezbatchenko, stated ““Harrison has emerged as one of the Crew’s veteran voices since joining the club and his contributions as a leader are vital to the success of our team.”