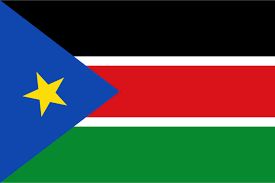 If anyone ever stated that getting to the WNBA was a piece of cake, Adut Bulgak may have a bone to pick with you. With her amazing journey of perseverance and compassion, Bulgak’s story is truly one of “tragedy to triumph.”

Bulgak was born on December 20th, 1992 in Kakuma, Kenya as a refugee of South Sudan. In 1999, Bulgak and her family relocated to Edmonton, a city in the Canadian province of Alberta. At a young age, Bulgak was constantly involved in sports, with volleyball and basketball eventually becoming her top two activities. She would further her athletic ambitions at Archbishop O’leary Catholic High School. Due to recurring problems with her shoulder, Bulgak dedicated more of her talents to basketball. Ron Kutney, Bulgak’s coach at the time, reminisced on how her mental assertion was what stood out even more than her already effervescent physical toughness. Why was that the case you ask?

On May 15th, 2007, Bulgak’s life would take a dramatic turn when her eldest brother, Deng, was found dead in the family’s backyard. He had been murdered and was only 23 years old. Two years later, on September 14th, 2009, another one of her older brothers, Bul, was killed in a car accident. During these unimaginable moments in her life, Bulgak recounted how sports created an atmosphere in which she could find peace within herself. It was a method in which she used to cope with her emotions. With her determination and strong focus in sports, Bulgak began receiving scholarships from schools across both Canada and the United States. She graduated from Archbishop O’leary High School as one of the top prospects for basketball in Canada.

After a brief stint with the Trinity Valley Community College in Athens, Texas, Bulgak received another scholarship. This time to attend Florida State University. In only two seasons at the school, Bulgak would set the bar to the highest of levels. In her final year at Florida State (2015-16), she was a Senior CLASS Second Team All-American, the ACC Player of the Week for November 23rd, 2015, as well as a participant in the 2016 Naismith Trophy Watch List. Along with her astounding basketball accolades, Bulgak would also graduate with a degree in Sociology and Criminology, making her the first among her family to complete their college education.

At the 2016 WNBA Draft, Bulgak was selected by the New York Liberty with the 12th overall pick. She was the first player from South Sudan to be drafted in the WNBA. Only a year after her time with the Liberty, Bulgak signed a contract with the Chicago Sky.

The story of Adut Bulgak proves that those even in the most devastating of situations still have the ability to write their own story. They do not have to subdue to their heartbreaking memories. They can instead take matters into their own hands in order to achieve success. And Adut Bulgak has accomplished this process with inspiring determination.