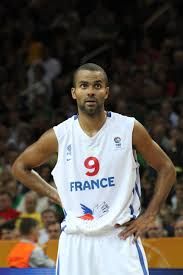 On June 13th, 2007, the San Antonio Spurs were in Cleveland for Game 4 of the NBA Finals to take on a young LeBron James and his Cavaliers. Up a convincing 3 games to none in the series, the Spurs were looking to seal their fourth championship in eight years. Although the Cavs put up a fight, they seemed to be in the same position they were in for the last three games: unable to stop the overpowering Spurs. One of them being the “Parisian Torpedo” himself, Tony Parker. The Spurs would sweep the Cavs and win the 2007 NBA Championship, with Parker being handed Finals MVP, after a 24 point performance that night to secure another Larry O’Brien Trophy for the Alamo City.

Tony Parker was born on May 17th, 1982 in Bruges, Belgium. With a father who played professional basketball in Europe for fifteen years, it was only a matter of time before a young Parker would be aspiring to achieve those same goals. Although he was only two years old when he picked up a basketball, Parker was at first intrigued with Europe’s most popular sport, soccer. However, it would all change with a visit to Chicago in 1991. At the time, Parker’s grandparents were residents of the Windy City, and during his visit, Parker had the chance to watch that year’s NBA Finals matchup between the Chicago Bulls and Los Angeles Lakers. As the Bulls captured their first title in franchise history, Parker was mesmerized by the flawless, effervescent game of Michael Jordan. It was here where Tony Parker established a new goal: star in the NBA.

In 1994, Parker began play with the Deville-les-Rouen basketball club in Northwestern France. Two years later, he would then spend some time in that same area, this time with Mont Saint-Aignan. 1997 would be the year Parker’s name would begin to permeate throughout the European basketball world when he was named the Most Valuable Player of the Salbris Junior Tournament. Four years later, Parker’s NBA dreams would finally come true. In the 2001 NBA Draft, he was selected by the San Antonio Spurs with the 28th pick in the first round. Two years later, Parker would collect his first championship, after the Spurs defeated the New Jersey Nets in the NBA Finals in six games. It seemed the championships would just keep coming for the French superstar. With Tim Duncan and Manu Ginobili as his teammates, along with the accomplished, experienced head coach Gregg Popovich, San Antonio were the champions of the NBA in 2005, 2007, as well as 2014.

On June 10th, 2019, Parker officially announced his retirement from the NBA. After a career in averaging about 16 points, 3 rebounds, and 6 assists per game, Tony Parker has been the quintessential model for an NBA-caliber point guard. With his ability to create for others, score, and stay consistent, Parker has paved the way for future generations of European players seeking a chance to play in the United States.